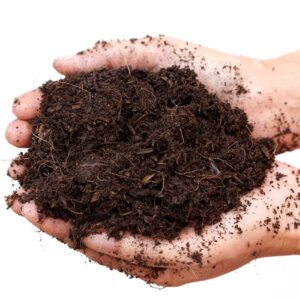 Well, did you know that Fungi (Mycelium to be specific) is the world’s largest living organism? It’s been said that Mycelium is Mother Nature’s Internet. The Mycelial network is identical to the human brain. It is not also a coincidence that the internet is also identical to this collective fungi consciousness.

What does this mean to me?

It is alive and highly intelligent.

It communicates within itself, and all plants use this also to communicate with each other. Therefore, I have developed a relationship between mushrooms and healing the soil.
If you were to walk in a forest after a rain, you would see mushrooms popping up all over the place. Don’t be surprised to find mushrooms growing in your lawn or on your property.
Many have asked me what is wrong and how to get rid of these pesky mushrooms, and I tell them not to worry that the mushrooms are nature’s way of telling you that there is still life down there.
This relationship between animals (that’s us) and fungi goes way back in time to about 600 million years ago. Animals share a closer ancestor with fungi than with any other kingdom, so it is not a surprise that we also share in the evolutionary treats developed over time. Fungi developed first around 1 billion years ago. They developed ways to digest food by secreting acids and enzymes into their environment. Early plants, however, did not have this ability and so they worked with the Fungi. This has allowed plants to survive on land around 700 million years ago. With the passage of time, (something like a million years), a new evolutionary branch of Fungi developed into animals. This branch of fungi developed methods of capturing nutrients by surrounding their food with a cell, becoming an early stomach. This eventually allowed organisms to develop ways to prevent water loss, and this became skin which was composed of many layers of cells and this was used to protect the body from outside attacks such as diseases and pests.

The fungi, however, went underground and slowly developed to where it is today. Fungi retained its weave of chains of cells and became a food web that all plants and living things depended on.
An interesting fact is that when there is a significant event that changes the direction of life, say when the dinosaurs became extinct due to a meteor, fungi were able to grow even more and helped the present life to grow back. Plants that had chosen fungi realized if they wanted to survive, they had to live with and work with this fungus.

Our brain cells have developed due to fungi. We took the network that works so well in the fungi and made it our own. The brain’s networks directly image this underground network. Mycelium has been an important factor in the development of all living things upon this planet. We share a lot more than we ever will realize.

It is important to understand how species develop and what causes some to die while others thrive. It is important to note that way after we are gone, and just a memory in plants and insects, that this fungi network will still be here.

We humans, pride ourselves in our communication skills. We talk to only those that we think are listening. When was the last time you not only talked to the soil but listened?
As a child, I was always surprised to find that not only did the earth speak to me but the trees, the plants, the birds and the bees also talked and listened to me as I spoke and listened to them.

In my 6th grade, I got into trouble with the teacher because I told the class that trees talked and were vastly more intelligent than we were. They all laughed at me. That’s ok with me. I have always been called the crazy one in the room. Even to this day, I am considered the Crazy Gardener of Malibu. It is besides the fact that I am not a gardener. I am an earth scientist promoting a greater understanding of the most intelligent beings on the planet and the most stupid being(s) on the globe.
We must, in the end, acknowledge that we have been wrong all of these years. We have abused our abilities to communicate and instead have gone down the path of destruction. The earth will be here long after we are gone. Doesn’t it make sense that we need to listen more and talk less? We do not know what we are talking about; We are aware of nothing. We indeed are stupid, and it shows. The pond is indeed polluted, and we plan to pollute even more. The sad thing is that we are not just taking ourselves down but taking everything else with us except for the fungi. She will be here, and She will know that we screwed up and will develop a new species that will evolve to take our place.
With trees dying everywhere here in southern California and around the world, from one pest or disease, more efforts are being placed into discovering more pesticides to kill the pests or more chemicals to kill the disease. Some folks are also saying that we should just plant trees that are not being attacked by the pests, that these are special and will not get attacked. Yes, they may last a bit longer than other trees, but we are not paying attention to the real cause — the life of the soil. Stop destroying the topsoil. Stop destroying the soil. Healthy living soil will provide for healthy pest and disease-free trees.